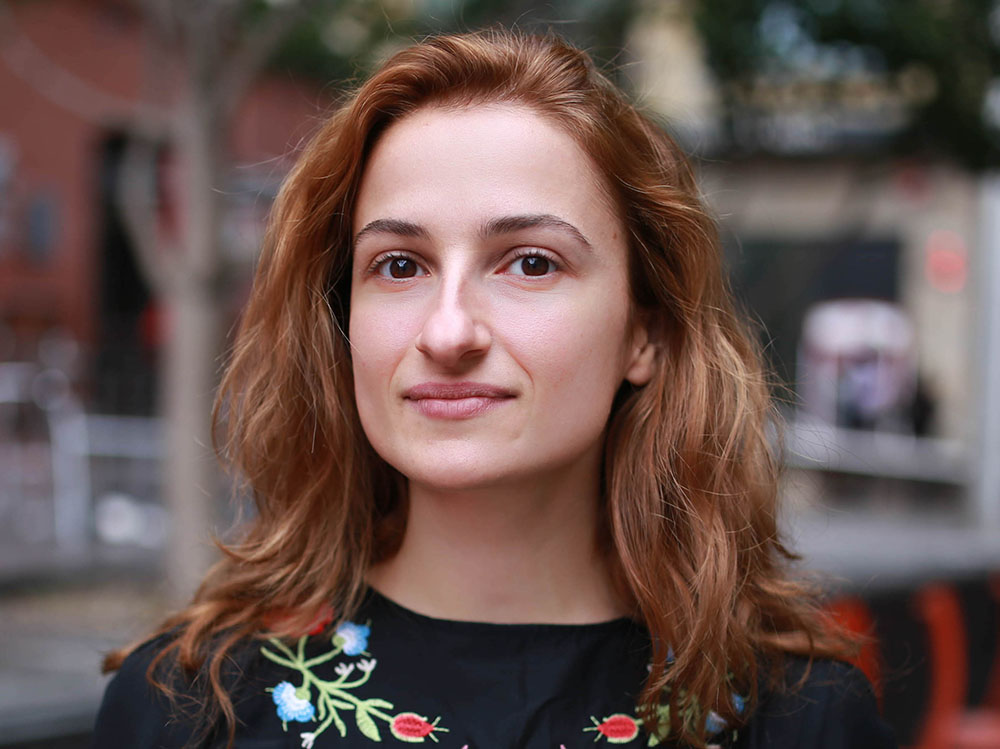 This month we caught up with ESM Prep UK Academic Mentor Andra Necula to chat about everything from what makes a good teacher to the value of not taking yourself too seriously.

Daniel McElroy: How did you become a mentor and what led you to ESM?

Andra Necula: I’ve been a mentor for a very long time actually—I think since I was 16. I started doing mentorship for Save the Children back home in Romania, and it was mostly to help students learn about sexual education in school, which is still very taboo even today. So that was very exciting and it kind of opened my eyes to mentorship.

Since then, I’ve been a mentor in many other programs, but it was mostly something I did on the side. It wasn’t until about three or four years ago that I looked back on all the things I had enjoyed doing and realized there was a common theme.

When I decided to transition from biotech to education, I was looking for something that allowed that kind of hands on mentorship I’ve always loved so much. I came to ESM with the mindset that I wanted my next job to involve supporting people as they learn about themselves and the world, and I love our approach of having a whole team working collaboratively to understand and meet students’ needs as much as possible. I really like that aspect of our philosophy!

DM: What about this work energizes you?

AN: I think every person is different and they have different needs. I get very energized trying to understand where a student comes from and how I can best support them, and it’s a continuous process to see what’s working and what’s not. You’re not going to figure that out immediately. And in time, of course, you see them move on from needing you. There's a point in time where you just sort of sit back and think “Look at you go!”

DM: So your approach to this work is not just about grades or content, but about figuring out what skills you can add to a student’s toolkit to make them ready for success.

AN: Exactly. I think very often there’s a difference between what we want and what we need. And kids these days, especially, have probably more pressure on them than at any other point in the past in terms of performing a lot very early on, or having a lot on their plate. So sometimes it's very easy to lose sight of what’s important.

Obviously for many students it is a lot about the next grade or the university they want to attend, but what does that mean? What do you actually want?

You can’t just tell a student, “Don’t worry about your grade! What you really need is to learn how to read more effectively.” For someone with a lot on their plate that will just be very stressful. Helping students bridge that gap between the need and the want in a way that doesn’t make them anxious about it is what’s important. So I love finding ways to help students do both without stressing about it.

DM: Who is the best teacher you’ve ever had, and what was so special about them?

AN: My Romanian teacher in school was very impressive because she gave a voice to everybody in class and valued everybody’s opinion, which I think doesn’t always happen. It’s very easy to put somebody down because they don’t meet the curriculum or to hold very rigid expectations about what it means to be a good student—without necessarily understanding that the expectation shouldn’t be for them to be good students, but for you to be a good teacher. If you praise somebody because they’re a good student when they start working with you, that doesn’t say anything about you as a teacher.

She also made us think critically, in very “outside the box” ways. Sometimes we would have trials for literary characters trying to understand if they had done something ethically wrong or not—it was just a very good way to explore content. And I think it helped with critical thinking in a way that’s not that common or very valued back home. In fact, it’s probably very much outside the classic model even in British schools.

DM: What’s one thing you’re learning now, and why is it important?

AN: I’ve been going back through more advanced physics and calculus, which is so weird. I would never be doing this if it wasn’t for ESM, but by going back with my students through even basic science, it always comes back to those subjects.

I studied these subjects, but I never really embraced them fully as a student. Calculus is one that I didn’t learn the right way, and I’m going back over it now and getting my vengeance! Same with certain aspects of physics like quantum mechanics.

It’s really hard to find resources that teach me things the way I would like—most are either too basic or too advanced, so it’s a bit of a hustle, but it’s just something I’m doing on the side because I like it. And the more I think about it, the more I realize these subjects are absolutely essential for grasping other aspects of science and tech, which is very intriguing!

AN: I think you get to a certain point in life and kind of believe that you’ve learned most of the ways in which the world works—maybe mid-20s. But I think I’ve had many, many paradigm shifts as I entered my 30s that I would have never imagined before.

Several people tried to give me that insight when I was in my early- to mid-20s, and obviously I wasn’t really taking it on board at the time. There’s something to be said about the confidence we have at different points in our lives and I genuinely think it has to do with how our brain develops.

DM: I find that interesting as someone in that age group, my mid-20s. What difference might it have made if you had taken that advice to heart when you got it? Because if it is really about development and life experience, is there anything one can do differently?

AN: I think the idea is not to take yourself too seriously. Not in a jokey way, but it’s okay if you keep figuring things out. It’s just important to understand that you probably never have the best information to make a big decision and you’re very unlikely to achieve perfection—so just go for the best approximation and keep an open mind that you don’t need to have all the answers now. And if that’s difficult, it’s not because you’re doing anything wrong. It’s just because you’re still developing.

DM: Do you have any hidden talents or unexpected passions? If so, what?

AN: I like drawing in all sorts of media, specifically pastels and charcoal drawings. It’s something I do for relaxation. Mostly I do still lifes and some portraits, not so much landscape. I’m more drawn to the details on a smaller scale, and focusing in on those details is like therapy—I love it!

I also very much like cooking. I like blindly going to my spice drawer and mixing things together to see what works. And it’s successful 90% of the time! My husband is very kind about putting up with the other 10%.

DM: If you could only have three apps on your smartphone, which would you pick?

AN: Google Maps because… you know. And then email and Spotify. So very practicality driven! If you look at my phone now, though, it’s about 10% practical and 90% random stuff that I insist I’ll use one day.

How to Write the Perfect UC Essay

Boost Your SAT/ACT Score With One Punctuation Mark

What to Know About Applying to UK Universities