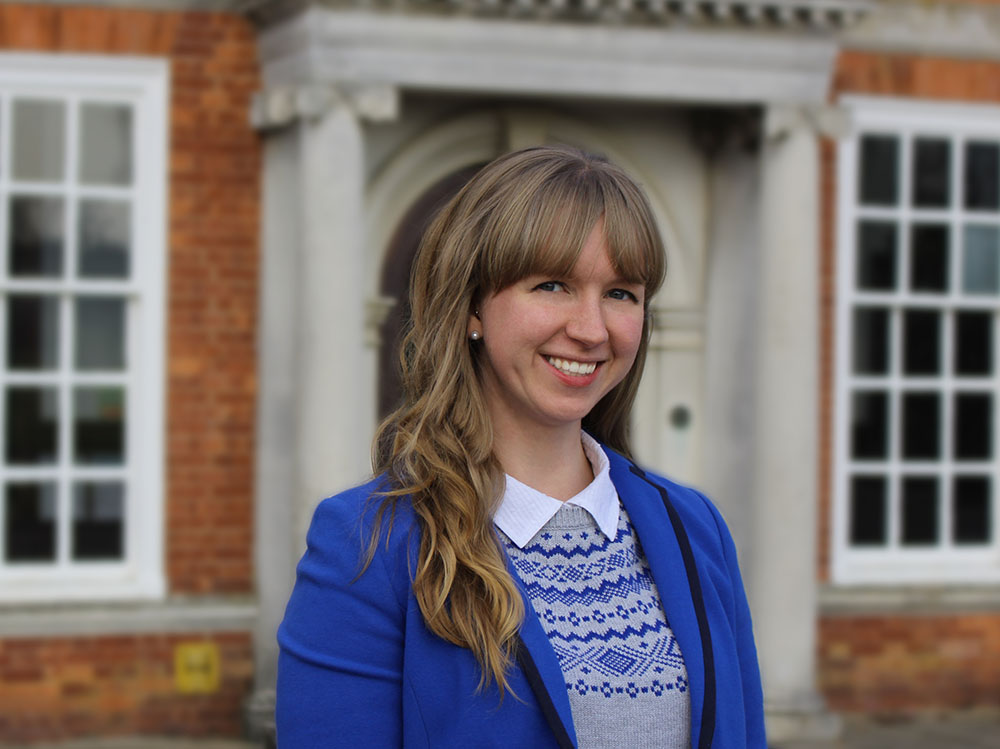 This month we caught up with ESM Prep UK College Coach Rachel Edgell to chat about everything from how she ended up at ESM to the life advice she wishes she’d received in high school.

Rachel Edgell: When I was in college myself, I had no idea what I wanted to do for a career, so I ended up majoring in something random—Anthropology. That led to other random jobs like working in marketing for a homeschool company and teaching English abroad. After several years of cycling through jobs and never quite feeling right, though, it was time to seek out some advice.

I spoke to a close friend and her response was to do what we do as mentors. She connected the dots for me and said, “Look, all these different jobs that you’ve held involved working with students. Maybe you want to be a teacher.” It was a lightbulb moment.

I went back to Princeton for a fifth year to become qualified as a teacher. Alongside student teaching, I got involved with test prep and essay editing, and through that program I eventually found a position at a British school where I would be helping students apply to US universities. Eventually one thing led to another and I ended up at ESM Prep.

DM: What about your work energizes you?

RE: It’s working with the next generation. I love working with teenagers because they’re at such an interesting stage in their lives. They still have childlike elements to their personalities but they’re also young adults—it’s really fun to see how much they grow during this short transition period. Getting to be a part of how they discover who they are as people and “find themselves” is really energizing. And it helps that they keep me up to date on youthful things like TikTok!

DM: What do you wish you’d known as a junior in high school? Would knowing it have changed anything about where you’re at today?

RE: I wish I had known that there was a lot of help out there for your applications. I won’t say I did my college applications by myself because my school counselor and a few teachers were really helpful. But I come from a very small, rural town where no one really ever moved farther than a two or three hour drive. So for me to move 900 miles away for college was unheard of.

DM: What’s one thing you’re learning now, and why does it matter?

RE: Great question and I have a relevant answer! I’m trained as a vaccinator. I did an online course in partnership with the NHS and St. John Ambulance. I just did my practical training last week. I’m learning a lot about vaccines in general, about the specific vaccines that have been approved in the UK, and about how to administer a vaccine.

I always love learning new things and I’ve always been interested casually in science and medicine, so this is a great way to explore that without going to medical school. But of course it also serves a really important purpose. I’m super passionate about volunteering, so I’m really excited to have the opportunity to learn something with such a direct benefit for a lot of other people.

DM: What’s the best advice you’ve ever received? Who was it from?

RE: I have OCD and I didn’t know it for the longest time because it often manifests in ways that people might think are just general anxiety disorder or “quirky”. I received my diagnosis in my early 20s, which was life changing in the best way because it finally gave me the tools to take back control of my thoughts and my life.

Some of the best advice I ever received came around this time from a therapist I was seeing. In describing my feelings one session I told her I felt crazy. She just responded, “You’re not crazy,” and wouldn’t accept any of my protest.

It seems so simple and obvious, but hearing that and then being able to separate my experiences from my personality was so helpful. And that became my thing—this is not who I am, it’s just something about me. It allowed me to take control of my OCD instead of just saying “there’s nothing that can be done about it.” So that was the best advice I ever got, and I always use it myself whenever someone having their own problems or turmoil says to me “I’m so ______.” You’re not that. You’re just feeling that way or having that experience. Nobody’s crazy.

DM: Do you have any hidden talents or unexpected interests?

RE: I love languages! I studied Spanish in school and Hindi at university. Now I take French lessons and I know a tiny bit of Mandarin from when I lived in Beijing. I think exploring languages opens the ability to communicate with so many more people—especially people you wouldn’t otherwise be able to talk to. Multilingual people who speak English are typically from a certain background—privileged to be able to go a school where it was taught or to travel. But there are so many people in the world who don’t speak English and who have interesting experiences that I want to be able to hear about as well. Meeting people where they're at, in their own language, is so rewarding.

DM: If you could only have three apps on your smartphone, which would you pick?

RE: I would have to have a maps app! I’m hopeless at directions and it’s the only way I could get around. I’d also choose the camera app because pictures are a really fun way for me to express myself. I’m not a photographer by any means but I probably send at least one photo a day to all of my friends. And some sort of messaging app! I need to keep in touch with friends and family who are now scattered all over the world.

Still on the waitlist? Here’s what you can do

How to Interpret Your PSAT Results